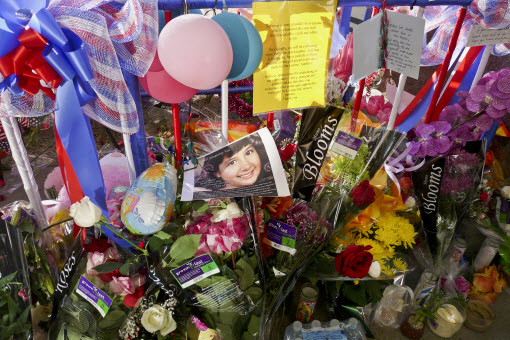 On January 8, 2011, a would-be assassin opened fire in a Safeway parking lot on the outskirts of Tucson just as Congresswoman Gabrielle Giffords was starting a Saturday morning meet-and-greet with a crowd of constituents.

Knocked face-down by a bullet through the chest, Pam Simon thought she was the only survivor. “I just saw bodies falling,” she told me, “and I found myself on the ground. So I assumed, oddly, that everybody had been killed and it was just a fluke that I was still alive.” Thinking the gunman might return, she decided to play dead. She lay so still, she was mistaken for a fatality. “When the first responders came,” she recalled, “they jumped over me, and one of them hit me with their shoe.” She heard someone near her chide the EMT, “Hey, watch it, buddy!”

Read the full article, How to Compensate for Tragedy
at theatlantic.com