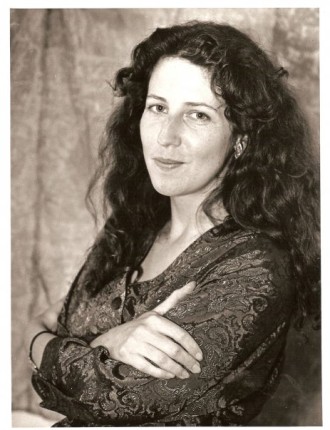 I wanted to write before I knew how and remember scribbling loops across a page while waiting for my older sibling to come home from first grade, a seemingly magical place. Given a typewriter when I was six, I cranked out adoring rewrites of my favorite books, many of them, I notice, about plucky orphan girls. At that age, making my work “real” by maintaining justified margins was extremely important to me. Midway across a page, I’d stop to count how many letters would take me to the right-hand margin and adjust my text accordingly. The ragged edge soon stopped tugging my attention and eventually yielded to algorithmic grooming. Writing remains an instinctive medium and friend through varied adventures, including print and public radio journalism.

The radio bug bit while I was an undergrad at UC Berkeley and opened up new forms of story-telling, with an emphasis on field-reporting, primary sources, soundscapes and honoring the individual voice. I’ve done news, arts features, regular hops into comedy projects, and long-form radio documentaries exploring complex social issues, often justice-related, as well as subjective experience: the grief process and remembrance, officer-involved shootings, literacy, environmental issues, racially-motivated murders, and, yes, lots of other topics in a lighter vein.

My work has won awards from the Corporation for Public Broadcasting, the National Federation of Community Broadcasters, the California Arts Council and others. I’ve also worked on-air and in NPR radio station management, including as former Program Director at KALW, San Francisco and former Acting Promotions Director, at KQED-FM, San Francisco.

In addition, I’ve written a nonfiction book, edited a handful of others, worked on scripts for a couple of award-winning PBS documentaries, directed HarperAudio studio sessions with prominent authors, and written features for the atlantic.com, The San Francisco Bay Guardian and other publications.

Reporting continues to be a way to unpuzzle the world or at least poke into muddy ground and hot spots. Singular events and characters draw my attention, as do patterns and growing shadows. I’m intrigued by multi-layered subjects and how individuals and society express and create meaning through conflict, ceremony, artistic gestures and personal reflections.